Picture this: a room full of people, dancing wildly in complete silence – some in sync with each other, some not. To the outside observer, it appears as though those within this event have simply lost their minds, succumbing to some new kind of “dancing mania”, a bizarre and unexplained phenomenon in Europe between the 14th and 7th centuries, where people would simply start dancing, and sometimes wouldn’t stop until they died of exhaustion or thirst.

However, the truth is much less sinister and disquieting, as these aren’t merely insane people dancing to music no one else can hear – they’re at a silent disco! At these events, the attendees use silent disco headphones to receive music broadcast from a DJ, the internet, or some other device that plays music. This type of rave, it is believed, originated at the Glastonbury Festival in 1994, when organizers had to figure out a way to hold the event while still meeting local noise curfew laws.

This turned out to be the genesis of a whole new type of party, with distinct differences and advantages over a traditional, booming, overwhelmingly loud concert or music festival. Today, silent discos can be found all over the world, at locations like cruise ships, music festivals like Bonnaroo, house parties worldwide, flash mobs at strange locations, and really anywhere else you can imagine. This unique, modern, and digital form of partying might look strange from the outside, but silent disco headphones are a great way to interact with each other and the music we love in new and exciting ways.

Perks and Benefits of the Silent Disco

Listeners at a silent disco can either all be listening to the same channel, or there can be a selection of various channels to listen to. One way to go about this is to have several DJs broadcasting on different channels, with the headphones lighting up with corresponding colors depending on which channel you are listening to. This allows for a sort of “popularity contest”, to see which DJ has the most listeners.

This type of silent disco leads to the first benefit worth mentioning:

Choose your own music or change what you are listening to.

Rather than having a DJ playing just one set of tracks that everyone at the event, by necessity, is listening to, silent disco headphones give you greater control over what you hear. This customizability leads to an overall more immersive, rewarding, and personal experience. If you don’t like what you are hearing, simply change the channel or the song, or maybe you can even select your own music to listen to!

Party late at night without bothering anybody.

For those living in cities or apartments especially, this is a major perk of using silent disco headphones. The party can go on all night, with no noise complaints from anybody.

The party can be anywhere.

No speakers or DJ required.

It’s easy to see the limitations and costs of trying to host a rave. DJs alone can cost thousands to hire, and equipment like speakers and mixer boards can cost thousands more. By renting or using silent disco headphones, the cost of throwing your party is merely a fraction of what it would be otherwise.

Volume control for each person.

No one wants to end up like Ozzy Osbourne, whose music career left him with permanent tinnitus and partial deafness that will last the rest of his life. In fact, he now encourages fans to “listen smart” and wear earplugs, among other measures, to make sure they don’t end up like him. Hearing damage is a one-way street, as it is almost impossible to fix once it occurs, and silent disco headphones with adjustable volume controls are an excellent way to avoid it.

Easier to talk and have conversations.

Silent discos allow those who would rather stand on the side and chat it up to do so more easily. Now, you won’t have to shout and struggle to be heard above the incredible din of festival loudspeakers, and if you want to pursue a conversation you will actually be able to hear each other! Silent discos are a more accessible type of party for those looking to make connections.

The last reason is also the simplest – silent discos are just fun! They are incredibly unique events that aren’t like anything else, and everyone should try them at least once. Who knows, you may just find that you have a dancing streak you never knew about, make a new best friend, or discover songs you never knew about, and all more comfortably and easily than at a traditional concert. 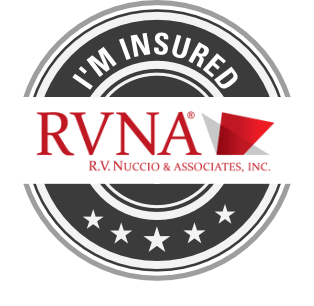